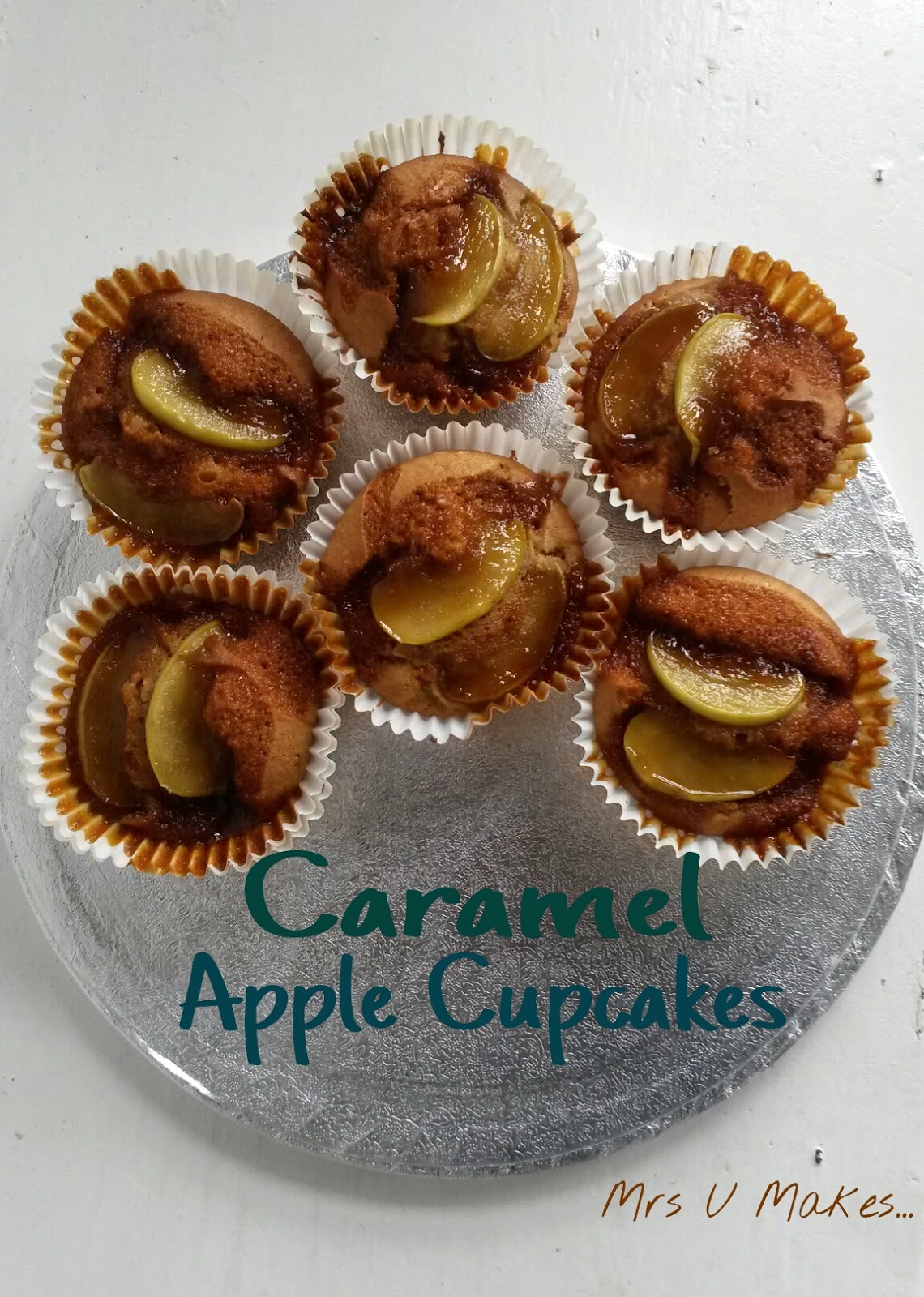 It's Friday evening and the tripolatas are watching Topsy and Tim, a children's programme about a brother and sister who are twins (played by actors who aren't related). On his particular episode it was their parents anniversary and the 'twins' were making them a cake.

When the programme ended and the trips had finished singing along to the theme tune, tripolata #1 jumps on my lap and asks if we can make a cake. This was the first time that they'd shown any interest in baking (apart from eating the finished goods), so how could I say no.

I had just about enough ingredients to whip something up and looked through some recipe books for inspiration. I initially wanted to make a pear and almond cake but the tripolatas were having non of it, they wanted cupcakes. Cupcakes are something I tend to avoid as I prefer to just pour everything into one tin. I tried to convince them that a cake would be better, but they really wanted cupcakes and apples. In the end I decided to adapt an apple and cinnamon cake recipe, this was met with their approval so on Saturday morning I got to work.

Note: I've only ever made caramel once before and it didn't work, not wanting another disaster, I searched online for an easy recipe. I found a great recipe for caramel popcorn and halved the measurements given. You could use this or your own caramel recipe, if you have one.

Plus:
3 boys who say they want to help but instead spend the day watching Teenage Mutant Ninja Turtles (the original series) on Youtube.

Here's what you'll need to do:

Mix the flour and baking powder together in a bowl

Add the beaten egg and vanilla to the well and mix.

Gradually mix in the milk.

Divide the mix between 12 muffin cases

Pour over each cupcake. How much you put on is up to you, I drizzled mine on not wanting the tripolatas to be hit with so much sugar. If they were just for me I would have doused them in caramel.

Place in the oven and bake for approx 18-20 mins

The cupcakes are read when a toothpick or skewer inserted into the centre of a cupcakes comes out clean.

Let the caramel cool before eating.

Thanks for stopping by. I would love to know what you think.

My name is Diane aka Mrs U, I love knitting, crocheting, baking, and general craftiness.
You can follow me on social media, I also have a podcast called That's So Ewe, which you can watch on my YouTube channel. Don't forget subscribe so you can get the latest posts straight to your inbox.
If you have any questions or just want to say 'Hey', fill out the contact form at the bottom of the page.